There are over two hundred and fifty thousand civilians in the eastern neighbourhoods of Aleppo who have been besieged for approximately six months. Those civilians are being targeted by all types of internationally banned and traditional weapons.

Since Castello Road was blocked on July 16, 2016, the eastern neighbourhoods of Aleppo have been under a severe siege that has prevented food and medicine from entering. Following that, there has been an escalation of airstrikes and shelling against all vital facilities such as medical centers and hospitals as well as civil defence centres, bakeries and water pumping stations. Moreover, civilian residential areas have been targeted with all types of weapons, including those that can penetrate military bunkers. This has led all normal life to stop entirely and is a definite and flagrant violation of human rights.

The truces have failed to implement a ceasefire and all proposed suggestions seem not to have reached the ears of decision-makers. Instead, the eastern neighborhoods were targeted by an unprecedented escalation of violence, starting with the taking of the Hanano resident area on October 25, 2016. This continued with the taking by force of several neighborhoods, along with the displacement of civilians to to nearby areas.

Based on the aforementioned, the Syrian Civil Society Platform sends a humanitarian appeal to all governments and organizations: 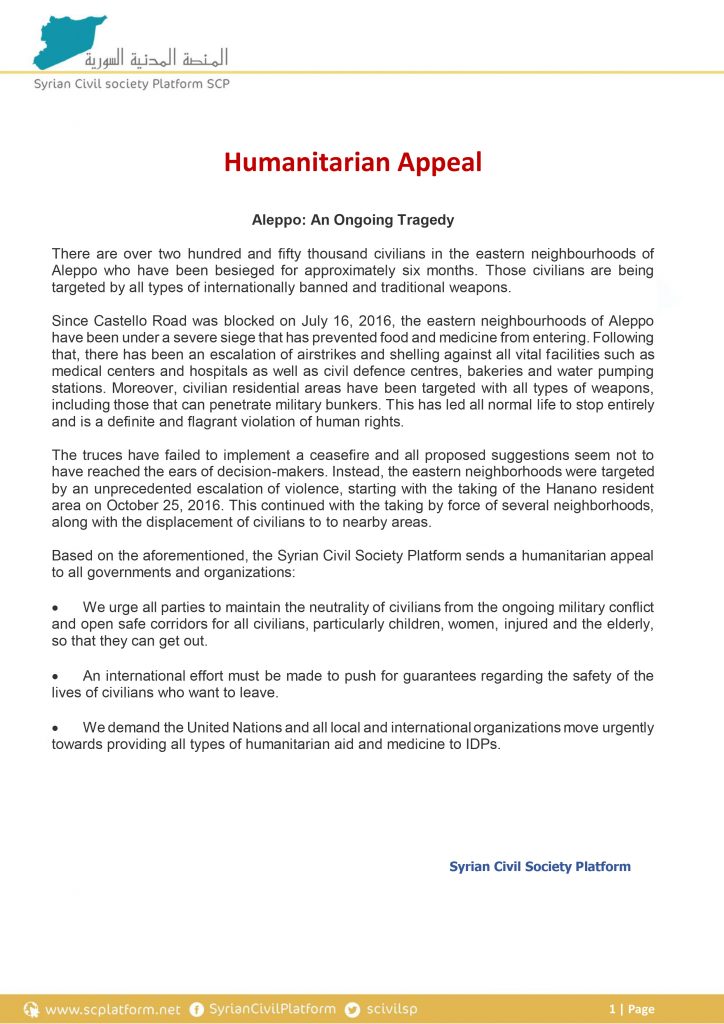